All Collections
NFT5
About the projects on NFT5
Feature Film Claws

Written by Rocket Man | NFT5 Official
Updated over a week ago 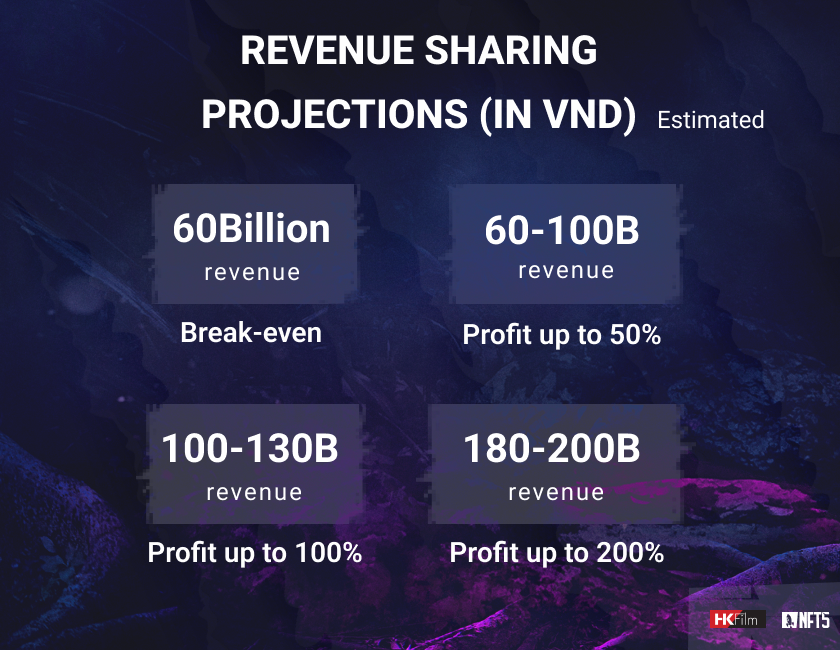 To profit from the potential recovery of Vietnamese film industry on Christmas 2023, "Claws" is a thriller-entertainment movie that possesses all the elements to explode commercially.

“Claws” reunites Director Le Thanh Son and screenwriter Tran Khanh Hoang, the "millions dollars" duo from the movie "Jailbait" ("Em Chua 18"), to create yet another blockbuster. The movie also welcomes creative producer Nguyen Quang Dung, D.O.P Tung Tran, and Production designer Tran Trung Linh to form a creative allegiance that excites both the audience and the Vietnamese film experts. Besides the "all-star" production crew, the main cast in "Claws" are all young influencers who have participated in successful film products, such as Tuan Tran, Thao Tam, Rocker Nguyen, Quoc Khanh ...

The film's story is carefully tailored for a young group of the target audience (aged 16-27), the main customers at movie theatres. Survival is still a new theme in the Vietnamese film market, and at the same time, "Claws" is the first Vietnamese horror film that combines special effects and real-life filming to choreograph thrilling visual effects for the audiences.

You can buy NFT of the Feature Film Claws project here: https://remitano.com/nft/nft5-projects/4

Did this answer your question?